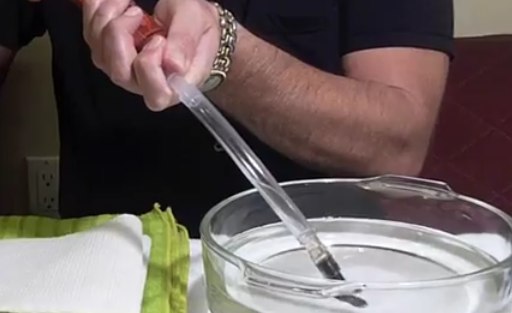 Below I have uncovered some of the biggest myths in vaping.

1. DIY eliquid recipes is hard to learn. Wrong! DIY can be learned very easily. It depends on exactly what you are trying to do. Do you want to become a creator of a recipe, for example, and expand the limits of flavor? Or just want your All-Day-Vape mixed? Okay, if it’s the latter, then what you need to know is how to pour liquids from one bottle …. into another! It’s very simple, very inexpensive and the best of it all.

2. Vaping will make you gain weight. Split the cherry pie and the banana and fudge the brownie taste-oh my! Such tastes are usually correlated with tons of calories and weight gain – but that couldn’t be further from the truth. Although it can taste like you inhale cake, you are only having a flavor burst that ranges about 4 calories per gram. Vaping isn’t compromising the waistline. In reality, with so many indulgent flavors to choose from, you can never again want a real dessert!

3. Vaping hurts your lungs. If you felt some mild throat discomfort when you first began vaping, this is perfectly normal and typically goes away after a short period. Apart from that, vaping should not cause any discomfort at all, especially to your lungs. Vaping isn’t harmful to the lungs.

If vaping causes pain in your lungs or elsewhere, consider trying another e-liquid, cutting back on how much you vaporize, or remaining hydrated. When inhaling, you should always make sure that your device doesn’t heat up too much, because this can trigger an excessively harsh impact. Both of these solutions will give you some relief and encourage you to return to a comfortable experience of vaping.

4.More flavor = more flavoring. NO!-NO! The biggest misunderstanding in mixing. Many new mixers think “well if I want more flavor, I’m only going to use more flavoring.” That’s not real, and it will give you LESS flavor. I know this is anti-intuitive. But these aromas are very strong and will overwhelm our noses and produce the “muting” effect if used too often. You would also need to know how much flavoring to use by checking online or testing each ingredient. One such company online is Flavorah. Flavorah is the first flavoring that was made for vapor manufacturing.

5. Vaping will stain your teeth. This sounds much like vaping would stain your smile. Traditional smoking does, and the colors of caramel and coffee-flavored e-liquid often look very sinister. But in fact, your teeth are stained by no proof vaping, including dark-colored flavors. Trying coffee, tea, or soda will probably make your teeth more yellow than any e-liquid. Perhaps consider swapping for the extra pearly whites in your Coca-Cola for Capella’s Cola Flavor.

I hope that now your mind has been put to rest with some new insights and reassurance as you wade through the pro-vape / anti-vape controversy. There are a lot more rumours out there that you would want us to debunk. It’s hard to muddle through all the talk and figure out the truth

Did you find apk for android? You can find new Free Android Games and apps.
Share 0