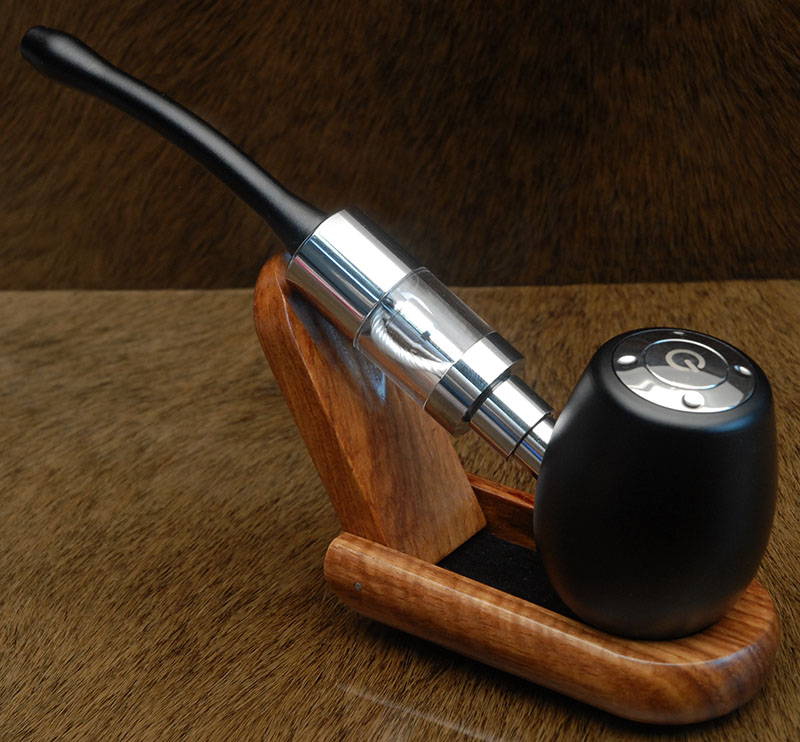 For most an pipe device is nothing more than a little novelty mod. They’ll pull it out when there are a couple of friends around or if they’re in a web chat just to get a response.. and then vape on their pipe a couple of times (#seewhatididthere?) pretending to be whatever their notion of a Dickensian gentleman happens to be. In case my feelings towards this haven’t come through well enough suffice to say I FUCKING HATE IT!

Either way, for the rest of us that prefer the shape of an epipe for any reason there’s really only a few choices out there. Most of them custom and pricey, some mass produced and FUUUUUGLY. Naturally, I was delighted to see the k1000 since much unlike most other affordable epipes.. it didn’t look like a limp penis on an overgrown testicle.

Either way, for the rest of us that prefer the shape of an epipe for any reason there’s really only a few choices out there. Most of them custom and pricey, some mass produced and FUUUUUGLY. Naturally, I was delighted to see the k1000 since much unlike most other affordable e-pipes.. it didn’t look like a limp penis on an overgrown testicle. 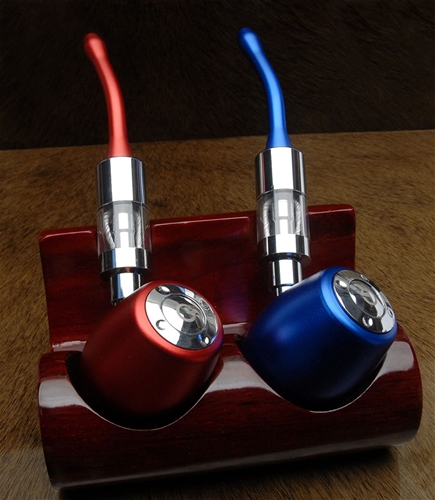 To start with, the kit is disgraceful: The charger is laughable and the batteries questionable, I have no issues with the carto because I haven’t used it yet. The epipe and mouthpiece is all you need and if you can save a few simoleons by skipping the bloat-ware then you can put them towards a proper charger and a few batteries, it takes 18350’s like most epipes so you’ll be needing quite a few. I’ve spoken to Kamry sales reps repeatedly and I know for a fact that they accept custom kits so there’s really no excuse for a good vendor not to have the option.
On first inspection I was hard pressed to find a venting point, on closer examination, there’s two little venting holes just under the connector and ample airflow through the button itself to the point where I was put at ease.

My first issue is the metal construction. From a purists point of view, a pipe must be made of wood… but I try to restrain myself from this since 1. From the same purist’s point of view, a pipe is made for smoking and 2. Since purchasing and doing this write-up I’ve discovered that they have a wooden version coming out shortly

The rest of it is extremely simple, the top button is a mechanical spring operated the switch with the negative battery contact isolated from the rest of the construction via a small piece of delrin. Contacts go to a connector and Robert is your mother’s younger brother. The connector itself is a bit on the weird side, it’s a weird fitting with an adaptor for 510’s which could easily be an after-thought from a proprietary type. It will fit 510 connectors but due to the design of the adapter it will not fit any ego cartomizers, which made me sad; I am convinced that if they bothered making a standard 510 or ego adapter the k1000 would look real good fitted with a hanger mini pro tank (v2+ for the mouthpieces)

Other than that I have no complaint, easy to press the mechanical button with little travel distance. 18350 battery. It’s sad that we still don’t have a solution (even an expensive one) for a pipe with a “brain” that maintains a reasonable size but that’s a restriction to do with the type and not the devices themselves.
Love or Hate?

I FUCKING LOVE IT! For what it is, it does a great job at a low price and can be replaced if it comes to it. I’m slightly spoiled with variable voltage and big batteries but that’s a different category all together, as epipes or even mechanical mods go it’s pretty cool and very cheap.

My biggest concern with my pipes is that they cost me a pretty penny and are completely irreplaceable. For all their limitations I love them. BUT.. I’m a single guy in my mid 30’s, so I spend a lot of time boozing and sleeping around and I’ve often decided against taking one of my e-pipes with me just in case I forget it somewhere or get it damaged. With the Kamry K1000, I have no issue at all taking it with my to the bar or fishing.. or fishing without a second thought about it. There are some minor issues with it but overall I really can’t complain.

What You Need To Know About Nicotine Salts